Ole Dammegård Truth Seeker, Code Breaker and Peacemaker inspires us to jump on the train to Honolulu Baby! Ole shares his experience of the feminine/masculine during childhood and beyond and how the transgender agenda screws things up even more. We chat about looking on the bright side of life despite and because of the One World Order  agenda’s playing out.  He shares some good metaphors to grasp the differences between 3D, 4D and 5D realities. How we deal with loved ones who live in a different reality and follow orders.  What is in the genetically modified technology? What is in the tests? What could be in you? What can we do? 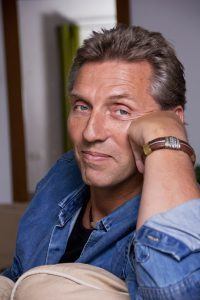 Truth Seeker, Code Breaker and Peacemaker Ole Dammegard, awarded the Prague Peace Prize, and adopted by the Apache Nation, is an author, International speaker, former journalist, musician (2 solo albums), composer (TV, and a short film), artist, inventor and investigator, who has dedicated the last 35 years to researching many of the global conspiracies. Millions of viewers and listeners around the world have taken part of his interviews and presentations. His main focus has been to find out the truth about the assassinations of JFK, the Swedish Prime minister Olof Palme, Robert Kennedy, Martin Luther King, John Lennon and Lady Di, plus the hundreds of alleged mass shootings and terror attacks such 911, Norway, Oklahoma City and many, many more.